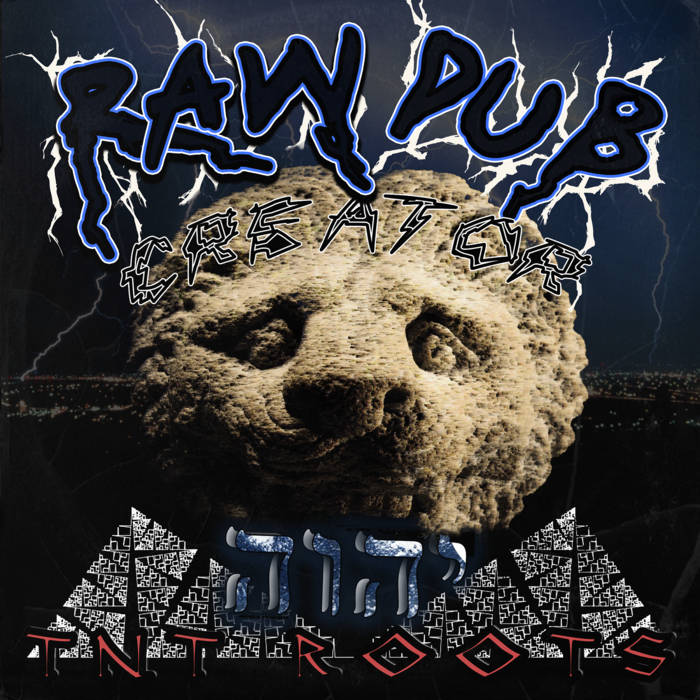 Tom Bristow Cavernous bass, melancholy melody, martial beats - how did I sleep on this classic all year?! No. 4 in The Wire's Dub & Reggae round up of 2020. Fyah!

profspread This is the most vital release of the 2020s guaranteed. Triumphant steppers ina militant style, the perfect sound to dance/resist the beat of the apocalypse Favorite track: TNT Roots - African Science (Mix 2).

TNT has never released a record before (aside from the 12" we did last year), so this is a huge honour to be trusted with this material. TNT Roots has continued a solo career since Earthquake quietly folded in 2002, trading short-run CDr’s on Ebay and the Blood & Fire forum. His music still survives on not-for-sale dubplates - pushed exclusively by legendary 90s sounds like Aba Shanti.

These are driving, dark, militant sounds for these times made in seeming isolation in Northampton (TNT never plays live, doesn't want Bandcamp, just wants to sell his CDs quietly over email). TNT Roots’ contribution to dub is seismic, almost dinosauric, but through some glitch in universe fabric, ‘Mighty In Battle’ [Bokeh 2018] was his first official vinyl release. As half of Earthquake - he’s responsible for the darkest, forward, most slept-on future of dub to grace us. This unique and heavy vision has reset the whole game with long unavailable LPs like Revelation in Dub and Dub Harder Than Steel make obvious an understated lineage flowing from 90s steppas down to jungle, grime, hardcore, darkcore, doomcore, it’s kinda pointless to list them. It’s dub. TNT and Earthquake’s rightful place alongside those mystic giants, Iration Steppas, is more than assured by those that know.

everything we worked for on Bokeh.....feels like it leads here x

TNT ROOTS LP ~~~ DUE JAN 2020
Not really sure I can put into words how important this record is......I think it's the album I always wanted to hear but could never find. Raw Dub Creator is urgent militant steppas for dark dances, heavier than the grave - next evolution soundsystem muzik - these drums..... >>>> if you know Earthquake, you'll know how special it is to even be talking about getting this out into the world