End Of The Death 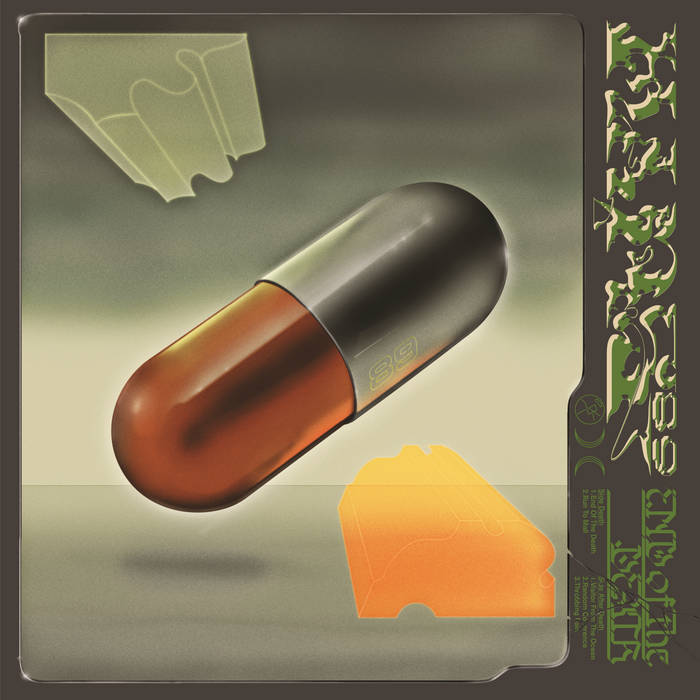 profspread heads down bizness. spent many pleasurable afternoons getting close to my speakers and aggressively nodding my head. Its all kinda dark but there's a rudeness to it all that puts a big smile on me! Wanna hear it out on a big sound so I can jump around like a lunatic. Favorite track: End Of The Death.

By track two we’ve already blitzed Cutty Ranks samples via Dawn Of The Dead chatter through Street Fighter vamps and Pulse X resurrection subs. All you can do with Mars89’s mesh of gutter sonics is pick out the landmarks you recognise: ‘oh yeah that’s kinda drill, mmmm gqom, oooo Night Slugs’ but like the best hallucinations you just shut your eyes and ride it. End of The Death sounds like it comes from no place in particular.

Slotting way outside of the current batch of hard-to-describe club music that we’re all struggling with, End of The Death is the Tokyo native’s third release, his 2nd for Bokeh (after 2017’s Lucid Dream EP) and his first official appearance on wax (after a run of 30 ‘Biological Tides’/’Poltergeist’ dubplates). Bokeh pays full respect to Mars89’s futuristic intent with a bad acid Akira sleeve airbrushed by Patrick Savile and a limited VR headset edition - accompanied by a 360° video environment by Seth de Silva.

Bokeh Edwards and Mars89 met at the Bokeh Versions x Diskotopia night in Tangram hairdressers, Tokyo (sponsored by Pioneer) in October 2016. He’s a crucial member of the Tokyo’s Chopstick Killahz, a self-described “Post Tribal DJ Unit” lurking on the fringes of the city’s grime scene. Mars89’s self released his debut EP East End Chaos in 2016 on a limited run of zines. He’s also recently composed music for Amazon Fashion Week Tokyo 2017A/W and started a residency at Bristol’s Noods Radio to highlight DJ and production talent elsewhere in Asia.