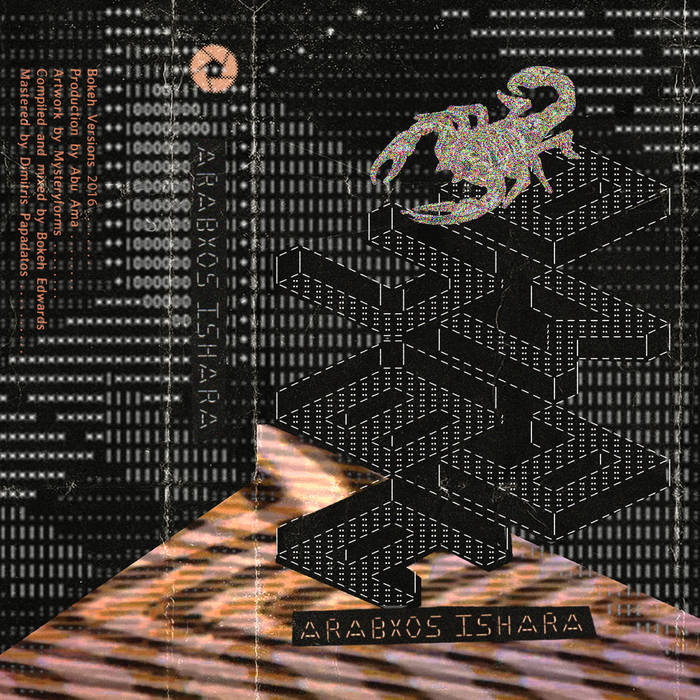 Nic Brown Since its inception in 1960s Jamaica, dub has proved to be an invaluable tool, such that in adept hands, its use can turn an ordinary tune into an extraordinary one. I doubt Abu Ama could produce an ordinary tune if he tried so it's no surprise his new album "Arabxo Ishara" is an utterly sublime celebration of dub and the power I didn't realise it possessed: to soften the edges of a political song sound-wise without diluting its message (Muslimgauze please take note). Distilled from a wide range of influences and genres, some obvious (grime, traditional Turkish folk music) some less so (field recordings made in Indonesia and the chatter overheard in UK pubs it's a meticulously assembled tour-de-force and does for dub music what "London Calling" did for punk. It demonstrates that diversification does not mean dilution and if you're a fan of music rather than a genre slave, "Arabxo Ishara" will be one of the most captivating and downright addictive albums you'll hear all year. Favorite track: B!n Ladens Funeral Fiesta.

The shining example top stuff,on continuous play at the moment!

Step into Arabxo Ishara: Abu Ama’s dubwise tales of Turkish traditional song, sufi ghosts, Syrian locked grooves and Indonesian field recordings. Snatches of UK pub talk strung together with rumbles of sub add to the disorientating lack of place - wherever you are, you’re arriving here for the first time.

Abu Ama lives in West-Germany; talks of his gypsy roots and vague links to Spiral Tribe. He can often be found teaching local refugees English at the weekends. Arabxo Ishara follows releases on NY based darkwave collective Hexx 9. After some discussion he sent Bokeh Edwards almost 500 demos: ‘pick some’ he said.

"dedicated to all the refugees worldwide"