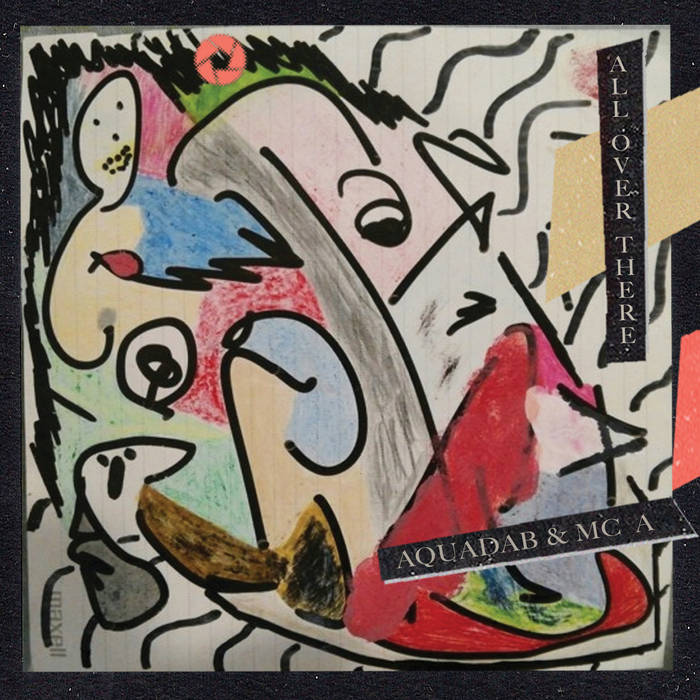 Arundeep Chakal Feels like i've been fed into a tape reel to live out the rest of my existence in a mixture of confusing but satisfying analog goodness.

Nic Brown There there, don't worry, it's not real. I thought the same thing you did until I found out the hermit three caves down had taken several macrodots of a newly synthesised black ops hallucinogen the CIA hope will help them colonise Pluto (with communists). Apparently, it's so powerful that if one person takes a tab the whole street starts tripping, and so on. Which makes more sense than nonexistent dub-rappers oozing "mind sculptures" that can only be heard by Japanese cormorants. I've borne with you long enough Bokeh Versions. This is not only very silly but downright dangerous to boot. Stop it before someone gets sectioned ... I mean injured.

Illbient oddities and lost relics for the Soundcloud generation.

Recorded in 2006 and shelved until today - All Over There orbits the outer leftfield regions of known hip-hop galaxies. MC A’s double, triple, quadruple tracked vocals are thrown around the mic like a nippon Danny Brown riding Aquadab’s “Jan Jelinek meets Timbaland” productions (his words).

Composed and resampled entirely on MPC 1000 and Kaoss pad - Aquadab claims most tracks were made in sub-2 hour improvised sessions. MC A’s vox exist to us only as texture and punctuation - we’re assured the lyrics are too abstract to translate (English titles have been provided for iTunes purposes).

The results are as unique as the artists involved are generally unknown. Aquadab has scored a lone remix on Japanese imprint Aun Mute and MC A can be found on a few tracks by local hip-hop acts like DJ Motive. Aquadab lives in Osaka - home to Bokeh alumni DJ Ground and Kabamix. MC A hails from Gifu, widely known as the home of Japan’s master cormorant fishermen.